London (CNN Business) Investors have made up their minds: For the time being, vaccine euphoria is outweighing bad economic news triggered by coronavirus restrictions.

US stocks rose in early trading, with the S&P 500 last up 0.5%. Last week, both the S&P 500 and Dow registered modest losses, while the Nasdaq Composite rose slightly.

But markets will have to sort through two competing impulses in the coming months. Monday's gains come despite a harrowing outlook for coronavirus cases and new data that shows related restrictions are taking a toll on the economy.

In Europe, which has enacted strict lockdown measures in recent weeks, the composite Purchasing Managers Index from IHS Markit — a closely-watched gauge of the manufacturing and services sectors —has hit a six-month low.

Declines, which in October were isolated to the services sector, are now also affecting industrial output.close dialog

"The eurozone economy has plunged back into a severe decline in November amid renewed efforts to quash the rising tide of Covid-19 infections," said Chris Williamson, chief business economist at IHS Markit. "The data add to the likelihood that the euro area will see GDP contract again in the fourth quarter."

While the November contractions aren't as severe as those seen this spring — in part because economic output hadn't fully recovered from the last plunge — they could still prove damaging.

It's a warning to the United States, where policymakers are grappling with how to handle soaring cases and record hospitalizations from the virus. At least 83,870 Covid-19 patients were hospitalized Sunday — the 13th straight day the US has broken its record, according to the Covid Tracking Project.

"With the US and Europe now projected to contract and with the pandemic worsening, the rest of the world is likely to buckle," Kasman told clients Friday.

So why are risky assets like stocks rising? Looking at Europe, Florian Hense of Berenberg Bank offers three explanations. The setbacks have been largely priced in, he said, and while the near-term outlook in the region isn't good, it hasn't gotten worse (the same can't be said for the United States). Meanwhile, the medium-term outlook has only gotten more positive, bolstered by "calmer US foreign and trade policy [and] vaccine progress."

He also noted that according to the IHS Markit survey, business expectations for the next 12 months recovered most of the slump seen in October, and are at their second highest level since February.

Investors have been looking ahead to 2021 for some time. For now, alarm about this winter isn't changing the focus.

US travel surges despite Covid warnings

Despite record numbers of new Covid-19 cases and a recommendation from the Centers for Disease Control against traveling for Thanksgiving, Sunday was the busiest day at US airports since the pandemic began.

That's 57% lower than the volume screened during the same period last year. But a TSA spokesperson said it's still the highest level of travel observed since March.

United Airlines (UAL) said Thursday that it's seen some increase in flight cancellations and a drop-off in bookings as Covid-19 cases rise. Southwest and American Airlines have also reported a decline in bookings.

Even so, US airlines are bracing for a busy period. American Airlines (AAL) said it will increase its schedule by about 15% during Thanksgiving week, with plans to operate more than 4,000 flights.

The airline industry is neither encouraging nor discouraging holiday travel, the head of the industry's trade group said Thursday.

"Do we want to see [people] travel? Yes, but only if it's safe for them," said Nick Calio, CEO of Airlines for America. "There's a variety of factors involved in that for each individual traveler." You can see the latest guidance from the US Centers for Disease Control and Prevention here.

The pandemic is spurring new trials of 'utopian' ideas

Christine Jardine, a Scottish politician who represents Edinburgh in the UK parliament, was not a fan of universal basic income before the pandemic hit.

"It was regarded in some quarters as a kind of socialist idea," said Jardine, a member of the centrist Liberal Democrats party.

But not long after the government shut schools, shops, restaurants and pubs in March with little warning, she started to reconsider her position. And she's not alone, I report from London. As the economic crisis sparked by the coronavirus drags on, support in Europe is growing for progressive policies once seen as pipe dreams of the political left.

In Germany, millions of people applied to join a study of universal basic income that will provide participants with €1,200 ($1,423) a month, while in the United Kingdom, more than 100 lawmakers — including Jardine — are pushing the government to start similar trials.

That's not all: Austria, meanwhile, has launched a first-of-its-kind pilot program that will guarantee paying jobs to residents struggling with sustained unemployment in Marienthal, a long-suffering former industrial town about 40 miles southwest of Vienna.

Whether the spike in popularity and research will translate into a wave of action is an open question. But some, like Jardine, see reason for optimism. One study conducted by Oxford University in March found that 71% of Europeans now favor the introduction of a universal basic income.

"For an idea that has often been dismissed as wildly unrealistic and utopian, this is a remarkable figure," researchers Timothy Garton Ash and Antonia Zimmermann wrote.

What Is A Cello?
Instruments 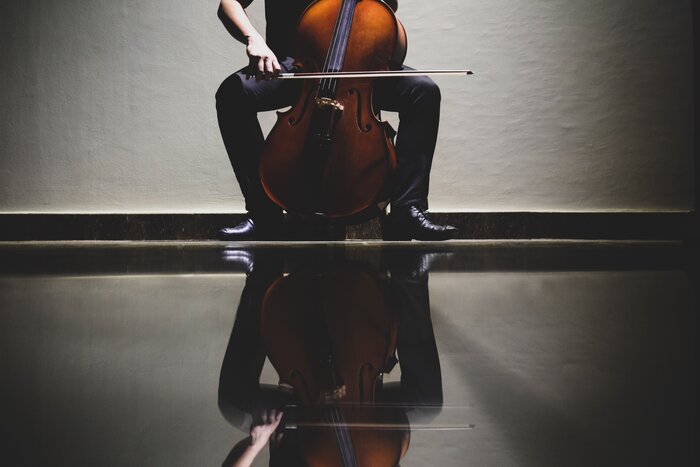 What Is Cello?
Instruments, Music

How Big Is A Cello?
Instruments, Music